Anybody who will say that the Church is not needed in salvation is stupid! Let us have a thorough study on this matter.

The common denominator of all equations regarding salvation is the savior. I do not want to call it LCD. Jesus Christ is the Savior. Every Christian believes this. Agreed?

Christ came on earth to teach the words of the Father in heaven, His commandments and his will.

The words of Christ, which came from the Father, were written by the apostles and evangelists in the Bible. Agreed? Whether you agree or not, it is what the Bible says.

(1 Corinthians 14:37) “If any man think himself to be a prophet, or spiritual, let him acknowledge that the things that I write unto you are the commandments of the Lord.”

The apostles and evangelists have written words which came from the mouth of the Lord Jesus Christ.

The Scriptures do not use vain words in teaching.

(James 4:5) “Or do you think that the Scripture speaks to no purpose: “He jealously desires the Spirit which He has made to dwell in us”? NASB

Every word that the Lord Jesus Christ uttered is of utmost importance to salvation. Not a word of God is vain.

(Proverbs 8:8-9) “All the words of my mouth are just; none of them is crooked or perverse. To the discerning all of them are right; they are faultless to those who have knowledge.”

The Lord Jesus Christ said, and was written by Matthew,

(Matthew 16:18) “And I say also unto thee, That thou art Peter, and upon this rock I will build my church; and the gates of hell shall not prevail against it.”

The word church came from God the Father and was spoken by our Lord Jesus Christ, and written by the apostles. It is part of His teachings! In fact, the word church was mentioned about 114 times in the writings of the apostles and the evangelists. It will not be written if it is not needed. It will not be built if it is not important. Agreed? God is a no-nonsense God. The idea and the structure of the Church came from Him.

(1 Corinthians 12:28) “And God hath set some in the church, first apostles, secondarily prophets, thirdly teachers, after that miracles, then gifts of healings, helps, governments, diversities of tongues.”

Jesus realized its importance so; He sacrificed for it and gave Himself for it. In fact, it is the very reason why He suffered and was killed.

(Acts 20:28) “Take heed therefore unto yourselves, and to all the flock, over the which the Holy Ghost hath made you overseers, to feed the church of God, which he hath purchased with his own blood.”

Jesus Christ is a no-nonsense savior. He will not give Himself for the sake of the Church if it is not important and dear to Him.

(Ephesians 5:25) “Husbands, love your wives, even as Christ also loved the church, and gave himself for it…”

Why did He give Himself for the Church? To save it!

The Church is His body and He is the head.

(Colossians 1:18) “And he is the head of the body, the church: who is the beginning, the firstborn from the dead; that in all things he might have the preeminence.”

He loved the Church as His body, and gave His physical body to redeem the Church. Remember, “he is the savior of the body.”

Do you need the Church in order to be saved? Jesus Christ will save the body or the Church: To be saved, be a part of it.

(Ephesians 3:6) “That the Gentiles should be fellow heirs, and of the same body, and partakers of his promise in Christ by the gospel…”

The gospel is God’s power to salvation of them that believed.

(Romans 1:16) “For I am not ashamed of the gospel of Christ: for it is the power of God unto salvation to every one that believeth; to the Jew first, and also to the Greek.” 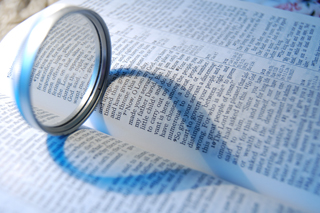 The gospel teaches the true Church: The Church of God!

(2 Corinthians 1:1) “Paul, an apostle of Jesus Christ by the will of God, and Timothy our brother, unto the church of God which is at Corinth, with all the saints which are in all Achaia…”

Whoever will say that the Church is not needed for salvation is stupid!

Who says that salvation has no requirement? Just entering your own house or dwelling place requires very important things. If on the way, you stepped on a shit, common sense requires you to take your shoes off before entering. Good morals require you to knock at the door of your child before entering his or her room.

If you are bound to hell, no requirement is needed. Satan will provide you with every evil available to be with him… eternally! See my point?

With Prayers, that you maybe enlightened.

74 thoughts on “The Church of God Is Needed For Salvation”